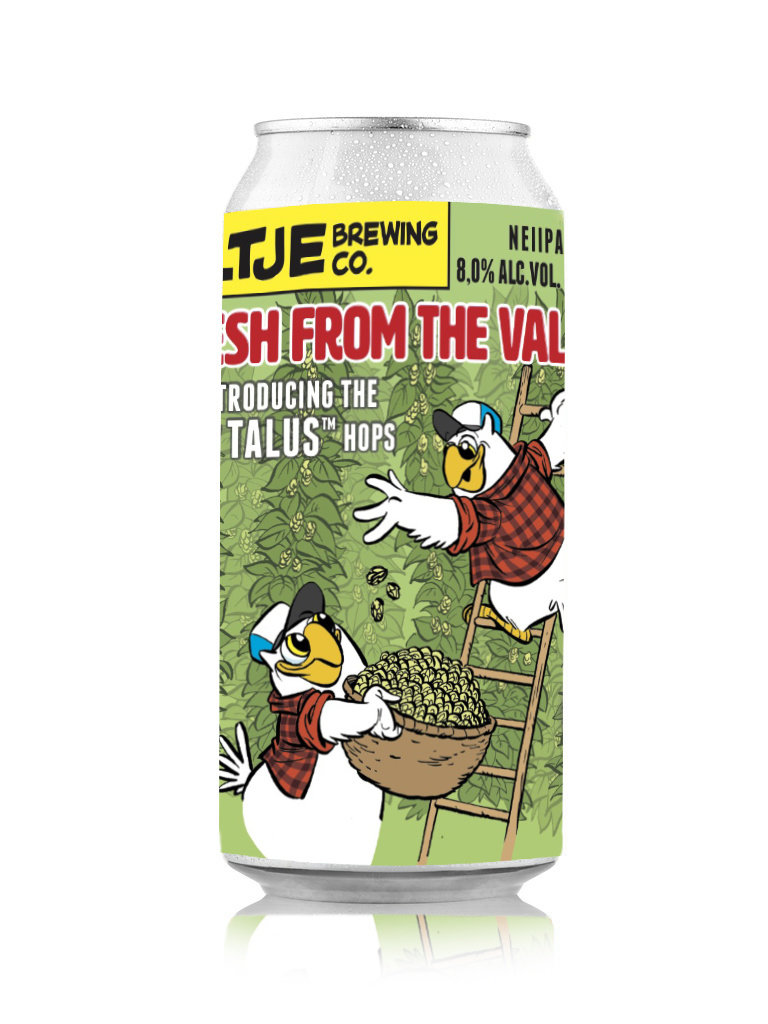 Hop is always greener on the other side. Yakima Chief Hops - market leader in extraordinary hop varieties - brings fresh hops directly from the States right into our brews, and they took it quite literally this time. About a week ago we collabed up with them to brew a beer. And not just any beer.

Please welcome FRESH FROM THE VALLEY. A New England India Pale Ale (known for its high amounts of hops, but with an almost unperceivable bitterness) brewed with the brand new Talus hop.

Remember Life Span #1? That beer was brewed with experimental hop HBC 692, specifically bred for NEIPAs, a style that’s becoming more popular by the day. It now has a name, Talus, and we're excited to announce we were chosen as the brewery in The Netherlands to introduce this awesome newcomer.

Six other breweries in Europe are launching this tastemaker:

At Uiltje we are proud to be a part of this project. Fresh IPAs need fresh hops, and with a partner like Yakima Chief Hops we can deliver on our promise to bring you the best IPAs in The Netherlands.